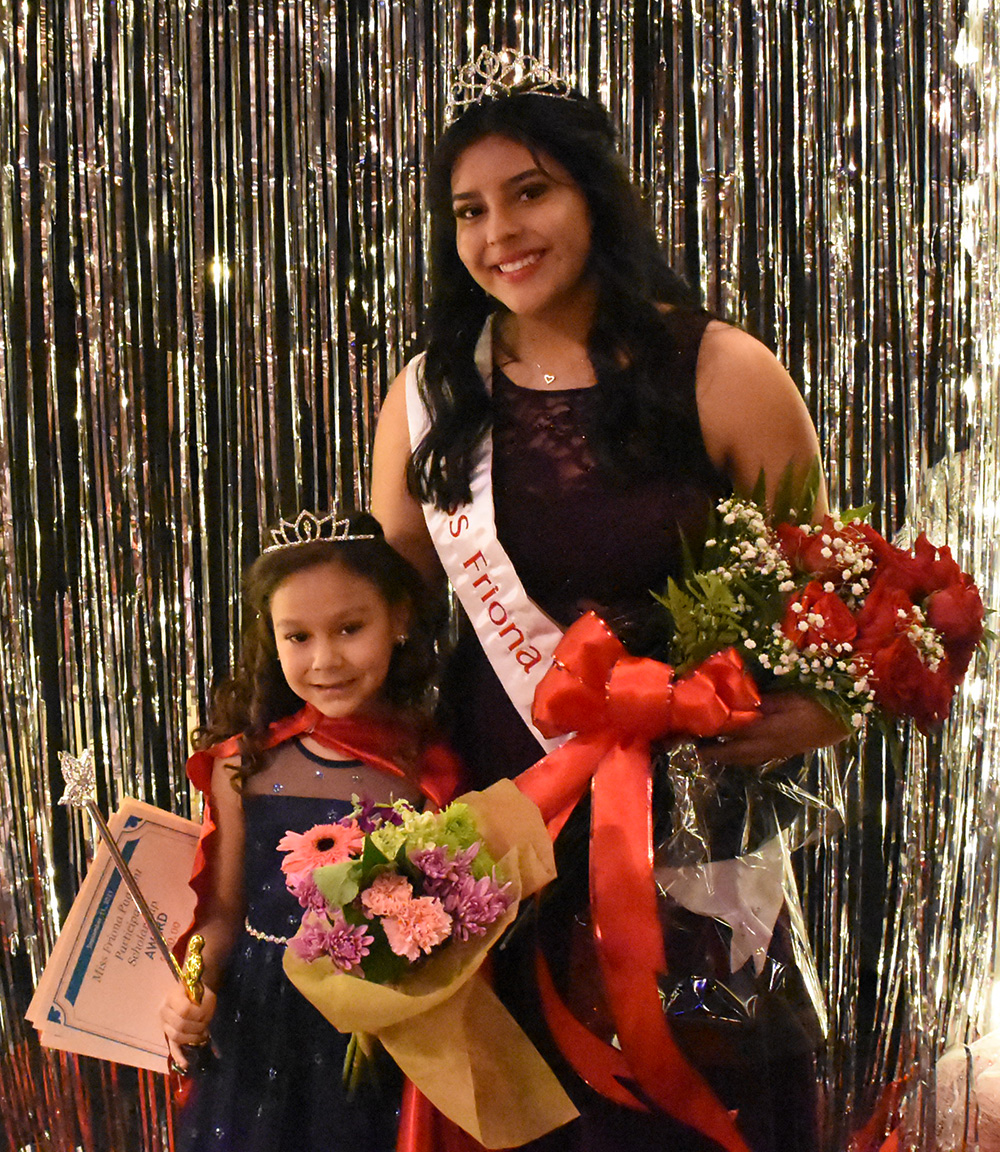 All four Commissioners were in attendance and Precinct 1 Commissioner Kirk Frye conducted the session in the absence of Parmer County Judge Trey Ellis.

There were no public comments. Minutes from the August 23rd meeting were read and approved. Commissioners approved the payment of the accounts payables as presented by County Treasurer Sharon May. The Treasurer's payroll report was also approved.

Commissioners discussed the need to open a new separate interest-bearing bank account to receive and disburse funds related to the American Rescue Plan Act (ARPA). This would allow for complete transparency in the handling of the designated money. The Court approved the opening of the new account.

Sheriff Randy Geries reported that he was currently housing 29 inmates in the Parmer County Law Enforcement Center. Sheriff Geries also presented the 2022 Fees of Office for consideration by the Court. The proposed fees were approved.

The next scheduled Commissioners Court meeting is Monday, September 27th.

All meetings are open to the public. The Commissioner's Court reserves the right to go into Executive Session at any time. The agenda may be found on the Parmer County website. Information in this article is only a summary. Any questions concerning specific actions should be directed to the Commissioners Court.

Texas Comptroller Glenn Hegar announced that he will send cities, counties, transit systems and special purpose taxing districts $925.1 million in local sales tax allocations for September. This amount is 20.9 percent more than in September 2020. These allocations are based on sales made in July by businesses that report tax monthly.

Approximately 120 alumni attended the FHS All School Reunion held Saturday, September 11th at the Friona Community Center. The event was delayed one year due to the COVID-19 pandemic. The All School Reunion Committee consisted of Lee Davila, Larry Rector, Ted Procter, Elizabeth McLellan, Kim & Mitchell Smiley, Marca Herring, Kitty Gallman, Sharon White. Please thank them for all the hard work they did to make the reunion a success.

Sharon White (1963) gave the welcome and thanked the City of Friona and the Chamber of Commerce for all their help in making the reunion a reality. Sharon introduced three graduates for special recognition. Doyce Barnett represented the earliest class (1952); Jacob Osborn represented the most recent class (2014); and Darrell McMurtrey (1973) travelled the farthest distance to the reunion (San Diego, CA).

Joe Lafuente (1977) gave a presentation in memory of the 20th anniversary of 9/11 and recognized local veterans, first responders, and their families. Joe also led the group in the pledge of allegiance. Elaina Procter played the Star Spangled Banner on the violin and all the crowd joined in.

Gwen Green Dunnam led the group in a rendition of the "Chieftain Fight Song" and Rickey Rector closed out the program with the playing of "Taps" on his trumpet. A great time was had by all. The next All School Reunion will be held in 2025. 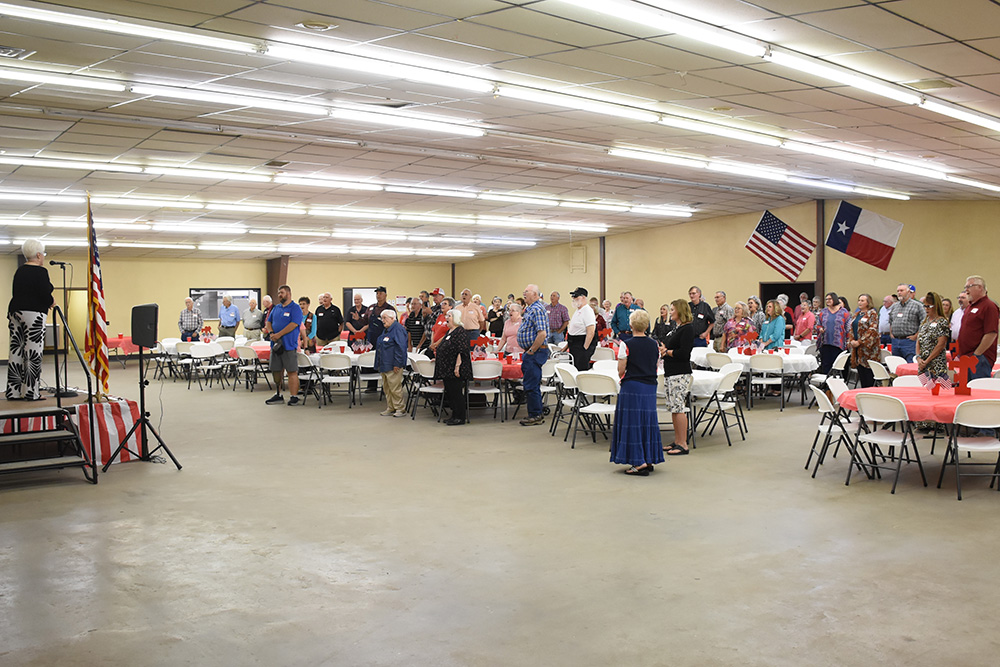 Grain accident update — County first responders were summoned to the Heartland Co-Op Grain elevator in Bovina around 3:30 p.m. on Tuesday, September 7th. Bovina Police Department, Bovina Fire Department, Friona Volunteer Fire Department, and Parmer County Sheriff's Office personnel arrived at the scene to attempt a rescue of a person who had got caught in the silo. According to officials, three people were cleaning and removing corn when the victim, identified as Michael Molden, went in the silo and was pulled underneath. Rescue turned into recovery and Mr. Molden was removed from the silo around 8:45 p.m. that evening. Michael Molden was 51 years old and a Clovis resident. He is survived by family members in Clovis and Amarillo.

Bad news — Community Printers, the company that prints the Friona Star each week, has been affected by the Covid pandemic. Our newspaper will be limited in size and special sections will be unavailable for the next few weeks.

Good news — In the next three weeks we will highlight all the events that occurred during Maize Days week including Homecoming, Maize Days Parade, Miss Friona & Little Miss, and the reunions. There will be plenty of photos. Stay tuned. 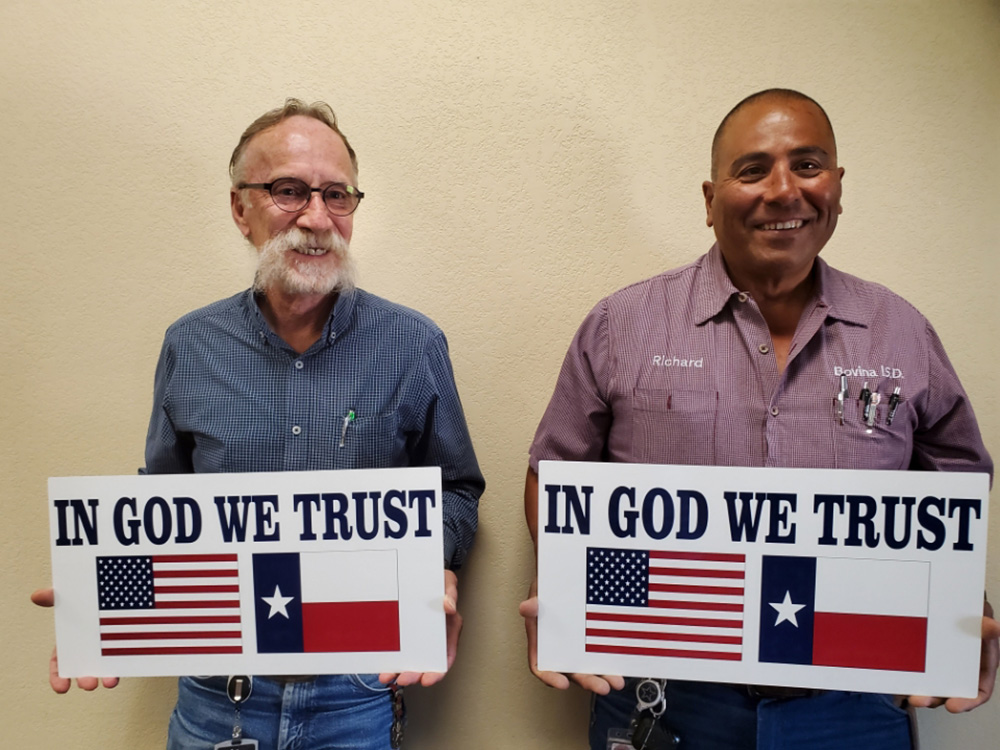 Parmer County American Legion Post #206 purchased eight "In God We Trust" signs which were then donated to Bovina ISD, Farwell ISD, Friona ISD, and Lazbuddie ISD. Each of the Parmer County school districts received two signs to be displayed at their respective schools. The signs will be displayed in accordance with Texas S.B. 797 signed into law and effective on June 16, 2021.